How a grandfather's struggle led to a gold-medal idea

Anyone at the point of needing a neck brace is, no doubt, already in discomfort. But what if we could make living with this device just a bit more bearable?

That’s the goal a team of Francis Tuttle Engineering Academy students set out to achieve in their senior capstone project. The result was a gold medal from the SkillsUSA state conference, and the hope now is it lands them a patent.

“It’s not just a comfort issue, but a quality of life issue,” student Sam Doerflinger said.

Doerflinger, Christian Limas, Gavin Cox, and Jared DiBarra developed the product they have named Chinup. It’s a new neck brace designed with comfort in mind. The device contains shock-absorbent springs, is washable, and it can be customizable.

Doerflinger first brought up the idea after seeing his grandfather struggle. He was diagnosed with ALS, which slowly weakens muscles and impacts physical function.

Doerflinger said his grandfather began to have issues keeping his head held up, and it was challenging to find a neck brace that would work. So Sam wanted to find a solution to help him be comfortable while also dealing with ALS.

The team worked through four prototypes, finally landing on a working device that is lighter, easier to use, adjustable, and provides maximum chin support. It comes with an outer cover that can be washed just like any clothing item.

They found that approximately 5,000 people are diagnosed with ALS every year. But the support this device provides does not only apply to this disease. Anyone suffering from an ailment that causes or contributes to Drooping Head Syndrome could benefit from this device.

The Chinup group took this device and their presentation to the SkillsUSA State Leadership Conference. They received first place in Career Pathways.

The next step is to seek a patent for the device. It would add to the list of 16 patents earned by teams of Engineering Academy students at Francis Tuttle since 2015.

Chinup isn’t the only team that brought home honors from SkillsUSA State. The Ascent Assist that makes the process of hauling large, unwieldy items upstairs received third in Engineering Technology. 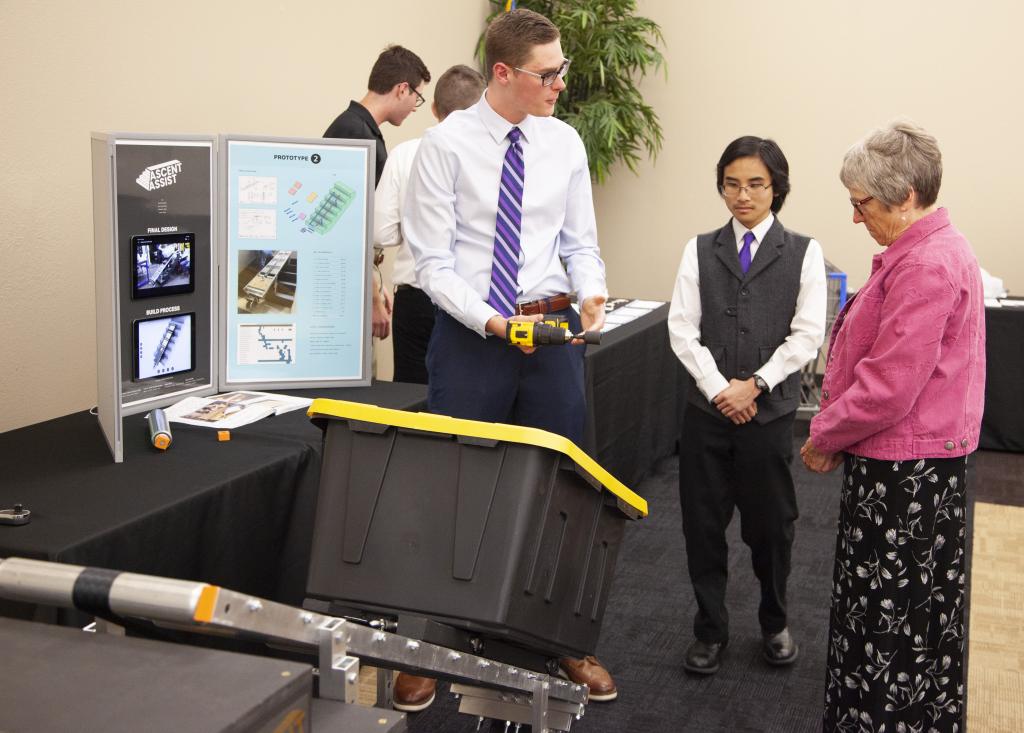 Construction is booming and Francis Tuttle is preparing a skilled workforce for the industry.